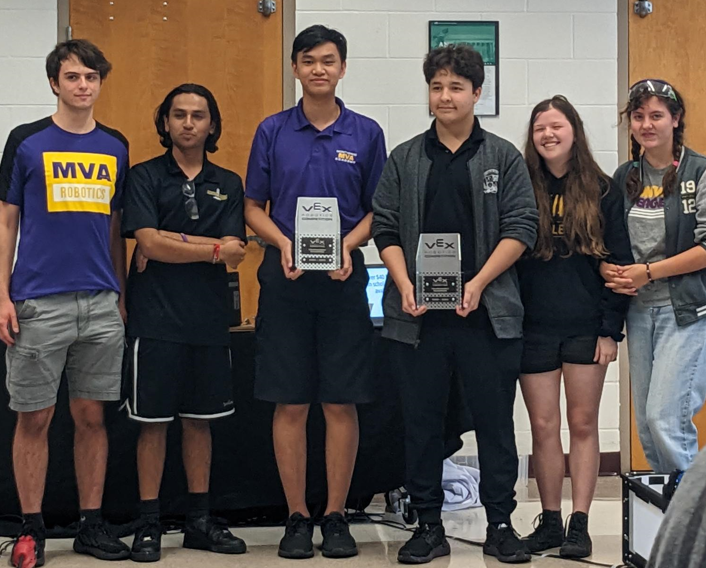 Congratulations to the Upper School robotics team at Montverde Academy!

Montverde Academy was tournament champion at the Spin Up at AORE Qualifier tournament in Gainesville this past weekend! Montverde Academy took four teams: 19122A Biohazard, 19122B Metal Heads, 19122C Flash-Bang, and 19122D Terminators to the event with a total of 23 teams.

The final rankings of all four teams during qualifiers are below:

As we moved into the elimination rounds, A and C teams partnered up as alliance members to go against the enemy alliances of two other teams. The A and C alliance made it to the semifinals where they beat the 1st and 2nd ranked teams. Then in the finals, we went against the 3rd and 11th-ranked teams with a final score of 137 to 136. Both teams played really hard and beat some of the best teams in our region. They claimed the title of Tournament Champions!

After final scores were input, our 19122C team is currently ranked 6th in our region. Our next few tournaments are next weekend, November 12, at Apopka High School, and then our last for the fall season will be on December 10.

Below is the a video of our final match to see how epic it was (and close)!

If you don’t know the rules I’ll simplify for you to make the video more meaningful: