Meet your Montverde Academy Alumni Association Board of Directors 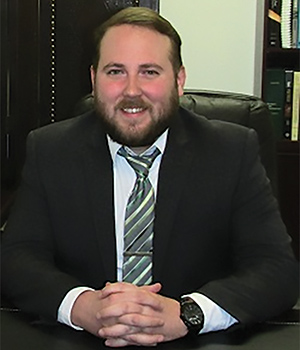 Bryce James Davis (‘04) attended all four years of high school at MVA. He earned his B.A. from the University of Central Florida and his J.D. from Ave Maria School of Law. A member of the Florida Bar and a practicing attorney since 2014, he currently runs his law practice, which specializes in estate planning and probate, contract litigation and appeals, in Clermont, Florida. He became involved with the alumni board upon returning to Central Florida in 2014, and is excited to be a part of the incredible growth and future of Montverde Academy. 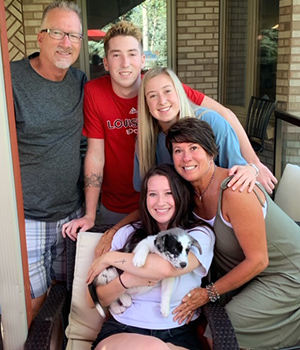 Sheri King (’87) is happily married to Kevin, her husband of 25 years. They have three amazing kiddos, Mackenzie, Carson, and Weston. She grew up overseas in Peru, Colombia, and Indonesia. At the time her family was in Colombia, she attended MVA for her junior and senior years to graduate in 1987 and attend Florida Southern College, graduating in 1991.

After spending 18 years in Colorado, they returned to Florida. “While I miss the mountains and the outdoor life Colorado offers, my husband and I love spending time at the beach,” said Sheri. “We have always been an active family and love watching and playing soccer, golf, softball, tennis and volleyball! Spending time with family however, is my favorite place to be! I love that I get to share MVA as an alum with my sister, Kristi (‘89), and my son Weston (’19).” 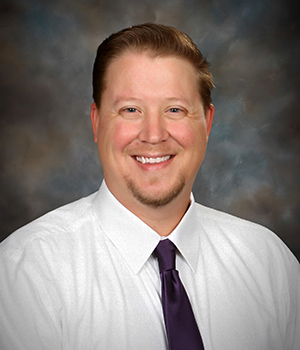 Tyler Davis (’04) attended the second Judicial Council president for two years, varsity baseball captain, a four-year letterman in golf, Scholar-Athlete of the Year in 11th grade, and received the H.P. Carpenter Award. Upon graduating, he attended Florida Southern University and the University of South Florida to earn a bachelor’s degree in interdisciplinary sciences with concentrations in political science and environmental science.

He served for more than ten years as an outdoors guide on the Hillsborough River and as a park ranger in Hillsborough County. He joined the MVA staff as the associate director of development for alumni relations in 2015, and is currently the institutional advancement data specialist at the Academy.

Our 2020 Alumni Board Members: 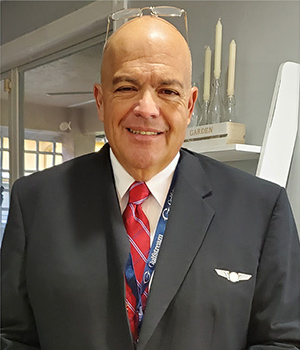 Luis M. Bustamante (’79) earned a bachelor’s degree in air commerce and a master’s degree in business psychology. He has enjoyed a long career in aviation – he is currently director of LB Aviation, a professional pilot, and former owner of a Venezuelan airline.

Luis and his wife, Rosalinda Fonseca (’80), have been married for 40 years, live in Plantation, Florida, and have three children. His family is extremely important to him, especially his daughter with Down Syndrome, which inspired him to establish the Funies Foundation, a non-profit organization that provides children with special needs access to therapeutic horse riding. The foundation is also a proud supporter of the Special Olympics Equestrian program. 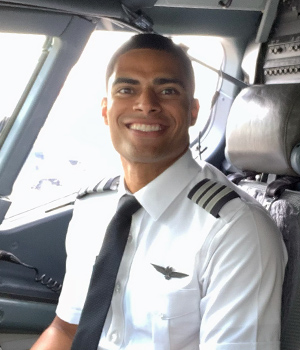 David Cruz (’10), attended Embry Riddle Aeronautical University to pursue a career in aviation. Upon graduating, he gained experience working at several airlines which helped him land his dream job as a pilot for American Airlines. “Outside of flying, you can catch me with my loved ones exploring new hiking trails, mountain biking, and paddleboarding. I am and always will be proud to be an Eagle,” said David. 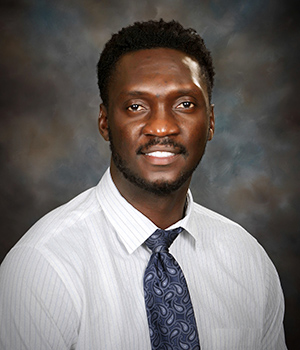 Joseph Katuka (’07) first came to Montverde Academy in 2006 as a player from Nigeria where he attended the Basketball Without Borders Africa camp in South Africa as the top three players from Nigeria in 2004. He was a key part of MVA’s 30-0 team in 2005-07 and was recognized in NIKE and the NBA’s Top 100 players in 2006.

He went on to play Division I basketball for George Washington University in Washington, D.C., and started all four years. Earning the accolades of Senior Captain 2007-11, 2010-11 Most Improved Player, and 2010 Defensive Player of the Year. In 2011, Joe played on the international stage as a key member of the U18 Nigerian National Basketball Team in the 2007 Junior World Cup which was hosted in Serbia. He joined the MVA team as a basketball coach in 2013. 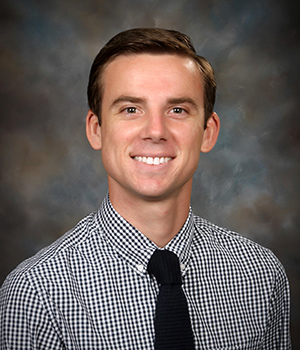 Konnor Kesselring (’16) is a recent graduate of the University of Florida with a degree in sport management. He accepted a position at MVA as the assistant to the director and technical director of the Soccer Institute at Montverde Academy (SIMA). And yes, he is the son of Dr. and Mrs. Kasey and Maureen Kesselring, and brother to Kailin Kesselring (13’). 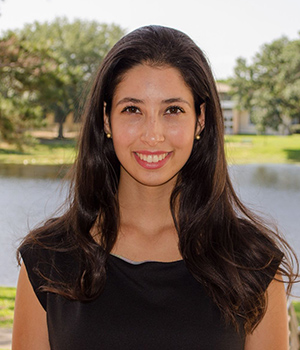 Renata Martins (’16), a native of Brazil, arrived on the MVA campus and volleyball courts in her junior year. Her parents did not attend college, so she focused on making the best out of the opportunities that came her way. She recently earned a bachelor’s degree in global business and marketing from the University of South Florida and accepted a full-time offer from Cintas Corporation as a catalog sales representative.

Renata is passionate about education and has shared her story with 400+ Brazilian children and teenagers to encourage and inspire others. Her goal is to help make our world better through education and mentorship because she believes in a generation that appreciates the opportunity to study. 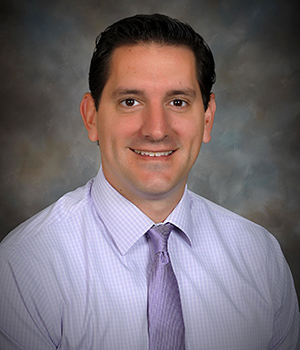 Jesse Meadow (’04) started at Montverde Academy as a Middle School student and continued through graduation in 2004. He earned an associate degree from Lake-Sumter Community College and graduated from the University of Central Florida with his bachelor’s degree in political science. He returned to MVA and spent seven and a half years, starting as an Assistant Dean of Admission, before becoming Assistant Dean of Students for Residential Life.

While at MVA as a staff member, Jesse remained active as an alumnus and also served on the MVA Alumni Association’s Board of Directors. He left MVA in 2019, joining Schoolcraft Digital as Managing Director, a digital marketing communications agency co-founded with Chris Mitchell, also an MVA alumnus.

Jesse and Jackie, his wife, currently reside in Orlando and are focused on raising their two daughters, Sofia and Emelia. 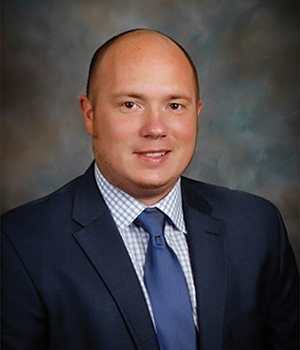 Christopher Mitchell (’02) spent four years as a boarding student at Montverde Academy. Upon graduating, he attended the University of Tampa and earned a bachelor’s degree in Business Management. He stayed active with Montverde Academy as a member of the MVA Alumni Association’s Board of Directors, and also served two years as the association president. In 2015, he returned to the Academy full-time to spend as MVA’s Director of Development and the Montverde Fund.

He left MVA in 2018, becoming an entrepreneur with the launch of Statecraft Digital, a holistic digital communications agency and strategic partner for political candidates and organizations, non-profits, and movements. He launched a second business, Schoolcraft Digital, a digital marketing communications agency focused on helping private schools broaden their audience reach and increase enrollment, which was co-founded with Jesse Meadow, also an MVA alumnus.

Chris currently resides in Orlando where he is a dedicated father to his son, Noah. 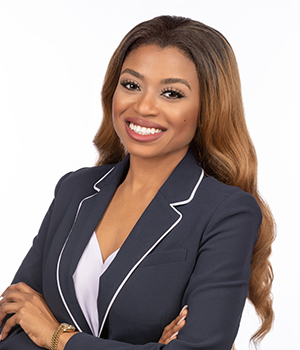 Rexy is Vice President of Operations and General Counsel at Western Air, the largest privately-owned airline in the Bahamas, overseeing the day-to-day operations and all legal affairs. She spearheaded the company’s expansion, orchestrating the acquisition of Saab 340A aircraft and four Embraer 145LR jets, and has reinvigorated Western Air’s performance, resulting in significant growth. She has been featured on BET News, Conde Nast Traveler, Essence, Miami Times, Travel Noire, TV One, Brand Eins, and other popular media outlets.

Rexy recognizes God as the foundation of her success. Outside of work, she can be found recording and releasing music, dancing and continuing her philanthropic efforts. 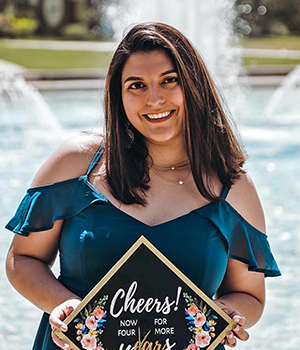 Victoria Torres (’13) earned a Bachelor’s degree in Communication Sciences and Disorders from the University of Central Florida and is currently pursuing her Doctor of Audiology at the University of Florida. “Having been a student at MVA throughout Lower, Middle, and Upper School, I am excited to return to my roots by serving on the Alumni Association Board,” said Victoria.