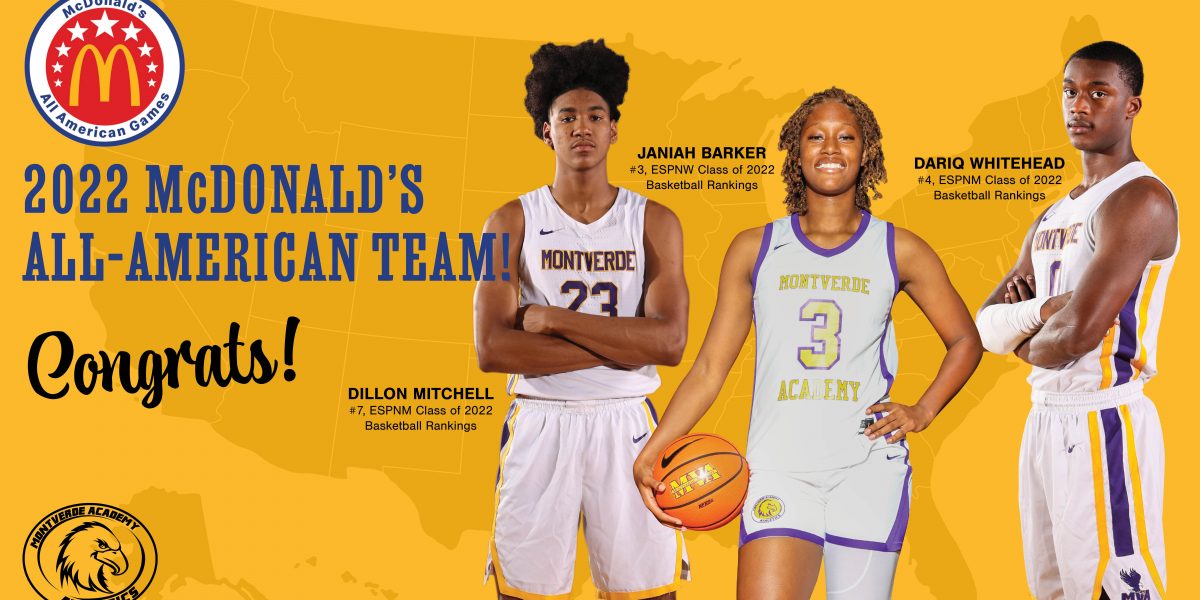 “I’m super excited about going to college and starting my legacy at the University of Georgia and this accomplishment is just a dream come true,” said Janiah Barker, a senior student at Montverde Academy. “I just thank God. I’m going to keep grinding and dreaming big.” Barker ranks No. 3 in the ESPNW Class of 2022 Basketball Ranking and is the first female basketball player from the Academy to not only make the All-American Roster but to be unanimously voted in. Barker is already committed to the University of Georgia and is a two-time Olympic Gold Medalist.

“The Academy continues to have representation in the McDonalds All-American games each year and that is something we are very proud of, and it’s especially exciting to have our first female McDonalds All-American Janiah Barker.,” said Khrystal Phiri, Director of Athletic Operations at Montverde Academy. “This is a lifelong dream for these athletes, and it is a pleasure to watch them reach their dream. We look forward to cheering them on in March!”

The McDonald’s All-American Games will be held at Wintrust Area in Chicago, IL on Tuesday, March 29, 2022. The annual girls’ game will air on ESPN2 at 6:30 p.m. while the boys’ game will immediately follow on ESPN at 9 p.m. ET.