The Montverde Academy Family, Sharing Time, Sharing Food, and Sharing Culture: It’s Who We Are! 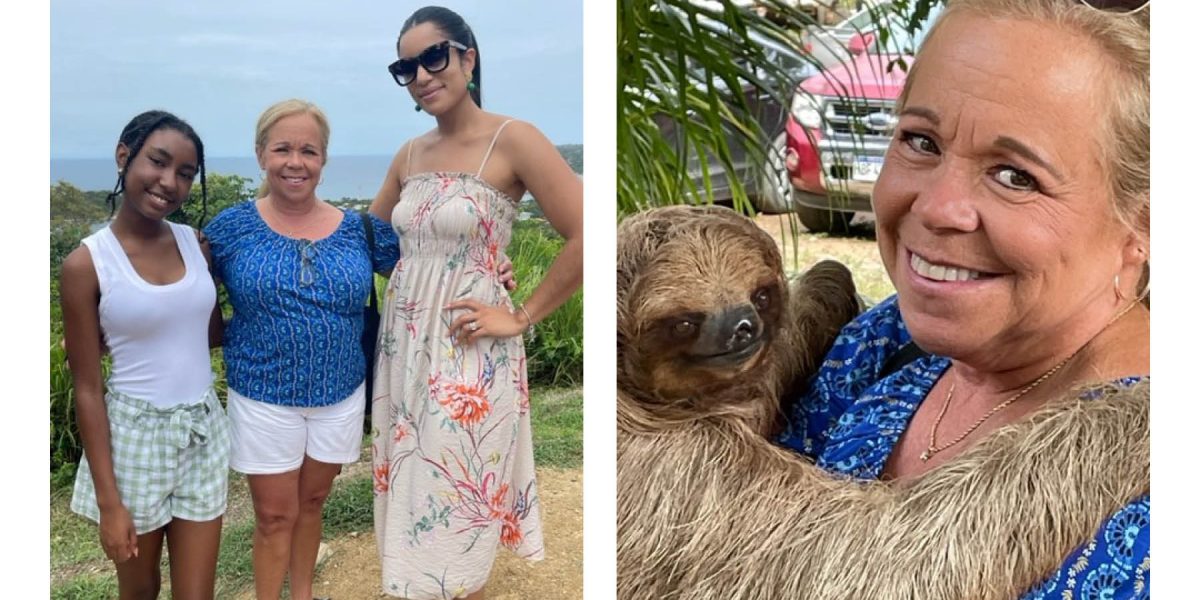 Tatriana Hinds, a Theatre Conservatory student, has been attending Montverde Academy since she was in Pre-K4. Now a ninth grader in the Upper School, she feels that one of the greatest benefits of starting MVA at a young age was that she was able to make many long-term friendships, and it was here that she developed her early love of the theatre.

She also enjoyed being in different shows in the Lower School. “I was always an outgoing, hyper kid,” she said. Being involved in theatre and choir while she was in the Lower School allowed her to channel her energy, and it helped her to develop confidence on the stage. She even had an opportunity to play a child part in the Upper School production of The Little Mermaid.

Most of Tatriana’s family is from Roatán, an island off the coast of Honduras, and Tatriana and her immediate family visit the island every summer and winter. Her parents moved to Florida from Roatán when they were young, and both Tatriana and her sister, Ziliana, who is in fourth grade, were born in Florida. Her family has a long history at Montverde Academy in particular. Her aunt, Triana Hinds, attended Montverde Academy and had a great experience, and it was for that reason that Tatriana’s parents decided to enroll both her and Ziliana at MVA at a young age. As a result, her family has had quite a bit of time to cultivate a close relationship with the MVA family.

This summer, Ms. Meristell Shackelford, Dean of the Lower School, had the opportunity to go on a cruise, and when she was looking at her itinerary before she left, she noticed that she would be stopping for a few hours in Roatán. Tatiana, Tatriana’s mother, had shared with her the beauty of her island before and how proud she was of her home, so when Ms. Shackelford realized that she was going to take a ship there, she reached out to her to see if they would be in Roatán at the time of her cruise. Not only would they be there; but Tatiana, her husband Lemuwell, Tatriana, and Tatriana’s grandfather met Ms. Shackelford at the pier when her ship arrived. The Hinds family then showed her the beauty of the island and some of its history.

They took her to Paradise Beach and to the highest point in Roatán. She ate cocoplums that tasted like cotton candy. Cocoplums grow on tall trees, so they had to use sticks to pick them for her. Then they went to an area where they got to see quite a variety of animals, including sloths, white-faced monkeys, and scarlet macaws. They also took her to West Bay Beach, which is the location of the Roatán Barrier Reef, one of the largest barrier reefs in the world, second only to Australia’s Great Barrier Reef, that attracts snorkelers and scuba divers from all over the world. Then they took Ms. Shackelford to West End Beach where Tatriana’s grandparents own a hotel, and while at West End Beach, they ate at a place referred to as Daryl’s Place where they ate shrimp and a variety of Roatán delicacies.

Not only do the students here get to be a part of the Montverde Academy family, but the Montverde Academy family gets to be a part of theirs. “To be able to see the country through their eyes was truly special,” said Ms. Shackelford. “An educator’s purpose is to help students in their pursuit of knowledge; however, sometimes our students and our families teach us as much, if not more.” It will be an experience she’ll never forget.