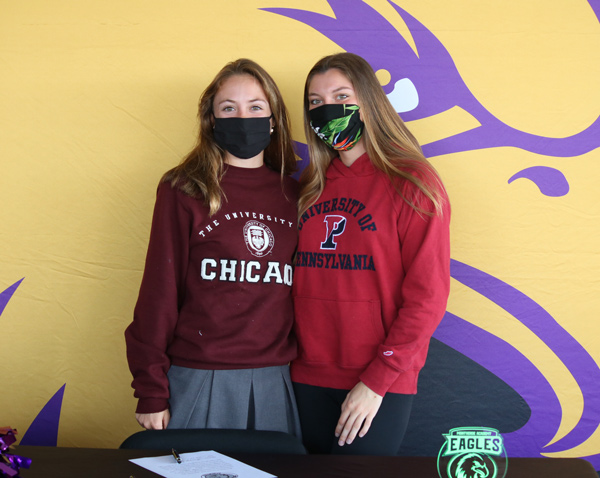 Congratulations to the 20 Montverde Academy and International Junior Golf Academy student-athletes who participated in signing day on February 24. Each student-athlete announced the college or university of their choice where they earned an opportunity to play athletics at the collegiate level with a full/partial scholarship totaling nearly $1.2 million. Prestigious institutions announced include the University of Pennsylvania, University of California-San Diego, Colorado State University, U.S. Naval Academy, U.S. Merchant Marine Academy, Rollins College, Swarthmore University, and more. Check out this video feature!

“This is an exciting day for a student-athlete and his/her family as it is through significant dedication, focus and sacrifice that they earned the opportunity to play athletics at the collegiate level,” said Dr. Kasey C. Kesselring, Montverde Academy Head of School. “The MVA community congratulates each of them on their tremendous accomplishment. We wish them continued success and look forward to watching them pursue their passion at the collegiate level.”

Student-athletes who signed are: