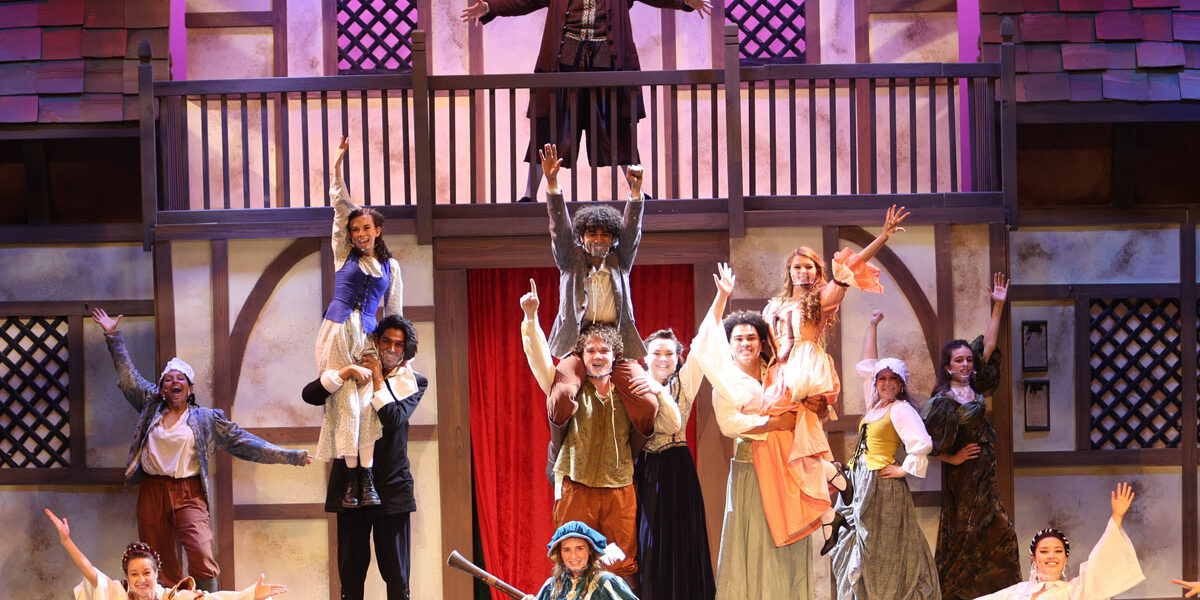 The Montverde Academy Theatre Department presented, “Something Rotten,” as its final show of the 2020-21 season. Originally premiered on Broadway in 2015, this lighthearted musical opened to the delight of audiences for its raucous humor and hilariously satirical look at the works of William Shakespeare and musical theatre in general.

The MVA production landed all the laughs and produced a memorable run falling just 10 seats short of a complete sell-out. Audience numbers were reduced due to COVID protocols and safety plans designed by MVA for safe face-to-face performances were followed, those in attendance unanimously acclaimed the production a huge success.

“The MVA community has been inordinately blessed to have watched the careers of these fine young actors bloom and grow,” said Dean Bell, Director of Arts. “It is difficult not to be saddened to see them leave us, but we are simultaneously excited because each of them has amazingly promising acting careers ahead at the collegiate level and beyond. Watching them on ever-bigger stages is truly a reward for all the time and effort these students and their instructors have invested in their careers.”

“It was a perfect show for each of us to finish with,” said Aidan Fracker, a senior. “These are characters and parts seemingly written for many of us, and perhaps even a bit type-cast. The script is filled with a great deal of subtle nuance and innuendo, and our character portrayals continued to evolve every night, making the rehearsal process and performances fresh and fun. The character interactions were so true to ourselves that the line between being ourselves and our characters was definitely blurred. I know that translated into a very genuine performance for the audience as well.”

Filled with great music, amazing dance and production numbers, a beautiful set, and outstanding technical effects, “Something Rotten” is a show MVA audiences will be talking about for years to come.

Congratulations to the students, faculty and staff involved with the show! Stay tuned for the announcement of the 2021-22 season.