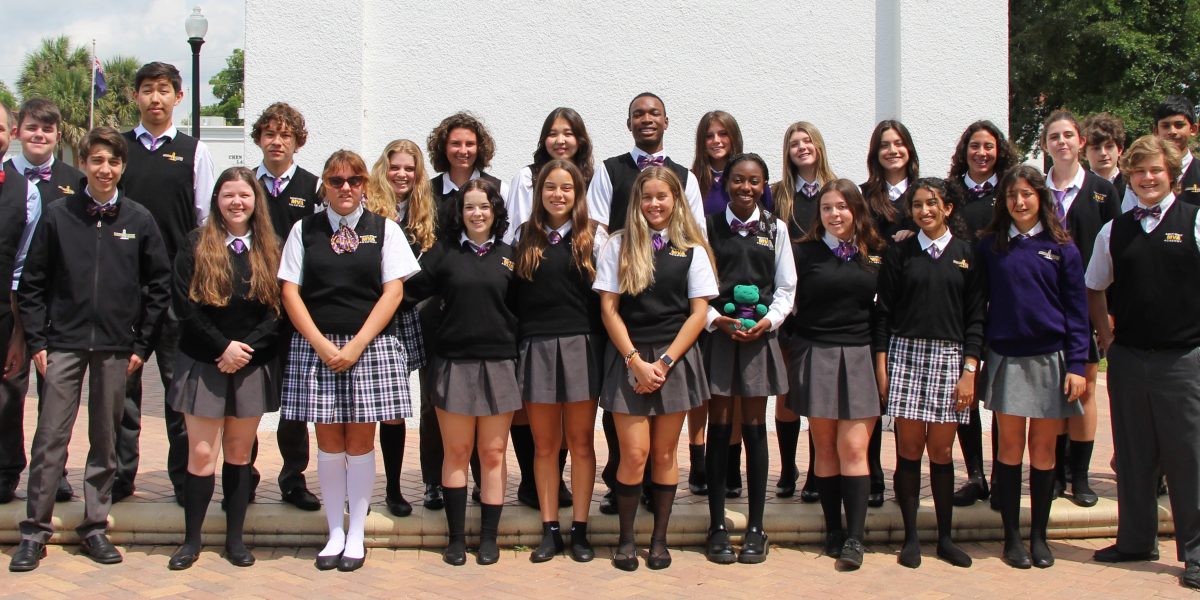 Model UN is a competitive United Nations simulation involving teams from Florida and all over the country. Students work as “delegates” to accurately represent a country and negotiate to create resolutions to real problems or creative scenarios.  Students learn collaboration, public speaking, research, and debate as part of the MUN team.

Students attended conferences that included GatorMUN, at the University of Florida. GatorMUN is the largest MUN conference in the southeastern United States. For most students, this would be their first conference. Students represented the Netherlands, Cyprus, Belgium, and Panama. Topics included access to healthcare in impoverished nations, weapon disarmament, and peaceful uses of outer space. Shafer Bergman earned “Distinction” for his representation of Cyprus in the Disarmament and International Security Committee (DISEC). During the conference, students had a chance to reconnect with MVA alum Amber Morgan! After the conference, Manuela Barbosa met with her family and toured the UF campus as she evaluates her collegiate opportunities.

FHSMUN, the Florida High School Model UN organization, has been hosting conferences for 40 years. This year’s conference in Altamonte Springs proved to be one of the most elite  conferences in Florida. Students competed in the Environmental Programme, and the Committee on Women, representing countries such as Azerbaijan, Iceland, the UAE, and Libya. Megan Lindberg represented Lesotho in the highly competitive African Union Peace and Security Council, where she was called to an “emergency meeting” lasting until 2 a.m.

Our last conference of the year was MICSUN at the University of Miami. MICSUN pushes student creativity by utilizing Crisis Committees, a fast-paced and constantly changing environment concerning real and creative topics. In a Joint Crisis Committee, students represented District 13 or the Capitol to explore the world of dystopias and revolutionary environments using “The Hunger Games” as the setting. Other students explored the crisis of the criminal underworld through the Arkham Asylum committee from the video game “Batman:Arkam Asylum.” Senior Connor McClain brought home the Honorable Mention (third place out of 35 delegates) award for his stellar representation of Côte d’Ivoire in the UNICEF Committee.

The EagleMUN team is poised for highly successful 2022-23 year with the opening of MUN as a course elective and a possibility of four conferences, including Washington, DC. Team sponsors and MVA history teachers Robert Burke and Marca Hoyle are proud to announce the EagleMUN Secretariat for the 2022-23 season!