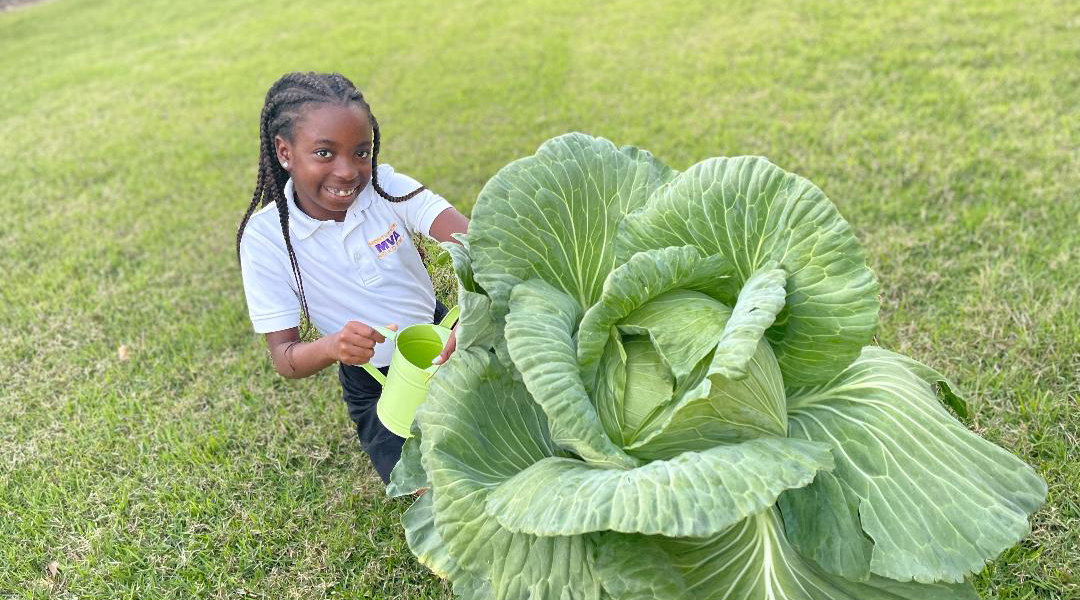 Third grade is the year when students learn about planting and growing. Every year, Bonnie Plants hosts a third-grade cabbage growing contest, and they send cabbages in little plastic containers to schools that wish to participate. The children then take the cabbages home to grow them and nurture them.

Mrs. Pat Whiffen, the Lower School science teacher, has been participating in this contest for the past 17 years! Her students create a log to keep track of when they fertilized it, how often they watered it, and everything else that they did to take care of it. Students are able to approach the project as scientists as they engage in various problem-solving practices. For example, if a student’s plant dies, Mrs. Whiffen has the student think about and document why they believe the cabbage died.

A winner is chosen from each of the two third-grade classes based on which students grew the heaviest cabbage in each class. From there, Mrs. Whiffen selects a school winner. Last year, the school winner was Naya Frempong, whose cabbage weighed 21.5 pounds!

“It was so exciting to watch it grow,” said Naya. “When I first started and was watering it, it was so small. I couldn’t believe how big it got.” Naya gave the cabbage to her grandparents, and they said it was really good. She has a piece of advice to offer next year’s cabbage growers. “Don’t water it when the sun is out,” she said. “And give it fertilizer.”

The weight of the winning cabbages can vary greatly from year to year, so it’s a wonderful opportunity for Mrs. Whiffen to talk to her students about variables that can impact the cabbage: Did we have a rainy spring? Was the temperature outside colder or warmer than usual?

Vicente Pacheco ended up with a two-headed cabbage attached at the stem! His cabbages totaled around 11 pounds.

Naya’s cabbage will now be entered into the state contest. The winner is usually announced around October or November, and the child who wins will receive a $1,000 college scholarship. Good luck, Naya!