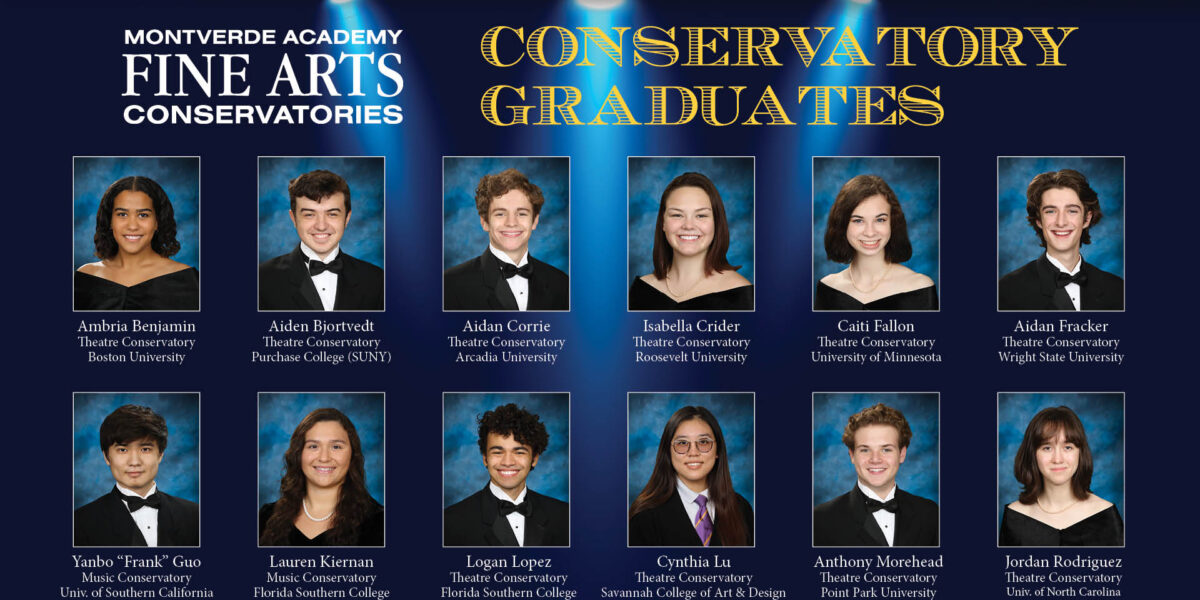 Seniors in the Class of 2021 at Montverde Academy have been accepted into some of the most prestigious colleges and universities in the United States, earning more than $315,000 in scholarships to pursue their passions. A Fine Arts Signing Day was hosted to honor 12 seniors in the Theatre Conservatory and Music Conservatory to celebrate their achievements in advancing their journey in the arts.

The students amassed more than 70 auditions and have chosen to pursue their passion for their music and theatre at some of the most challenging college and university Arts programs in the country such as Boston University, Savannah College of Art & Design, University of Southern California, University of North Carolina School of the Arts, and more.

“We congratulate these students on their achievements throughout their journey in our Music and Theatre Conservatories,” said Dr. Kasey C. Kesselring, Montverde Academy Head of School. “It is through hard work, sacrifice, dedication, and perseverance that these students have accomplished such success. A determination and love of the arts has led each of them to pursue their passion for music or theatre into notable colleges and universities nationwide. We wish them well in the next stage and hope to see them back on our MVA stage encouraging young students to pursue the Arts.”

Also in attendance, were a number of notable and highly respected industry professionals, who have supported the students and were present to congratulate the students on their achievements including Michael James Scott, award-winning Broadway actor; Joseph Walsh, Artistic Director of the Garden Theatre; Kristen Neander, District 12 Chair, State Thespian Board Member; and Laura Peete, Director of Education, Dr. Phillips Center for Performing Arts, Applause Awards Director.

“This is an unprecedented moment and I am impressed and inspired that the Montverde Academy team has made this Fine Arts Signing Day happen,” said Michael James Scott in his comments to the students. “The things you have learned here will resonate for the rest of your life. Believe in the thing in you that is special, because no one else has it but you. Never stop learning. Embrace unapologetic intention.”

Congratulations to these seniors and their families!