MVA Families Celebrate a Variety of Culture, Food, and Entertainment at Diversity Fest 2022 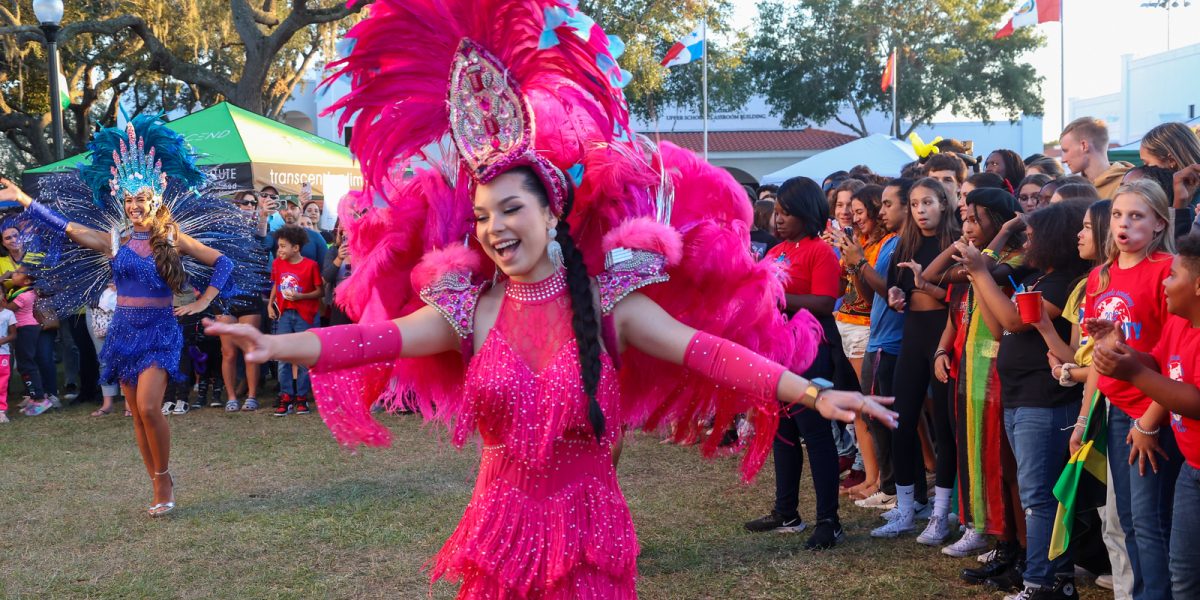 The annual Diversity Fest was held after school on Friday, October 21. Student volunteers proudly carried their country’s flag as they marched around the center of campus, a total of 97 flags in all! Decorated booths from Trinidad, France, India, Ukraine, and many other notable booths covered the campus.

Montverde Academy parents and faculty handed out food that was representative of their respective cultures. Root beer floats and barbecue were offered at the American booth; pernil, tostones, and candies were at the Puerto Rican booth; and mozzarella, ravioli, garlic bread skewers, and deconstructed cannoli was at the Italian booth. Countless others participated, as well.

Entertainment was also provided, such as live singing from Barbados and traditional performances representing Brazil. A small train even circled around the loop letting the younger crowd ride along.

The days leading up to Friday’s main event are part of the school’s Diversity Week, giving several opportunities for students and faculty to wear components of their culture during the academic day. This entire week allows for the extremely diverse student body to celebrate their cultures, as well as learn about the cultures of the students and administrators around them too.

An event on such a scale required many helping hands to set up and take down. Mrs. Margaret Price, the Assistant Dean of Students at MVA, works with the event planning team every year for various school events, this festival being one of the largest. Ms. Kalena Meyers, the Director of Events, was assisted by Natalie Babinski, a senior at MVA who assisted with the planning process. “Working on the Diversity Fest was a lot of fun!” Natalie said. “I really enjoyed learning more about the places represented on campus.”