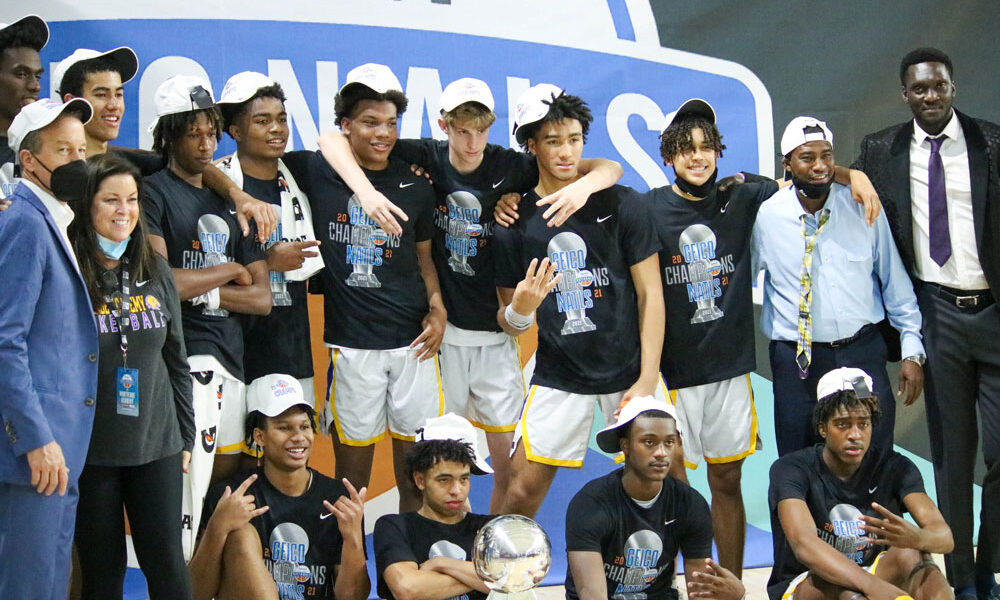 Congratulations to Coach Kevin Boyle and the Varsity Boys Basketball team who earned their sixth National High School Championship title by defeating Sunrise Christian 62-52 in the final game in the GEICO series on April 3. The Eagles executed a perfect third quarter of play, going 12-for-12 from the field and outscoring Sunrise 28-17 to pull ahead after a tightly contested first half.

Caleb Houstan, Michigan-commit, led the team with 16 points, while Langston Love amassed 13 points and five assists. Ryan Nembhard hit all three of his attempted 3-point field goals in clutch moments, earning the honor of Player of the Game from ESPN.

Coach Boyle’s Eagles have won 49 of 50 games, dating back to the start of last season, with the only defeat coming in overtime against Sunrise during this year’s MAIT. MVA finishes the season 3-1 over Sunrise.

Congratulations to team, Coach Boyle and his coaching staff on a successful 2020-21 season!