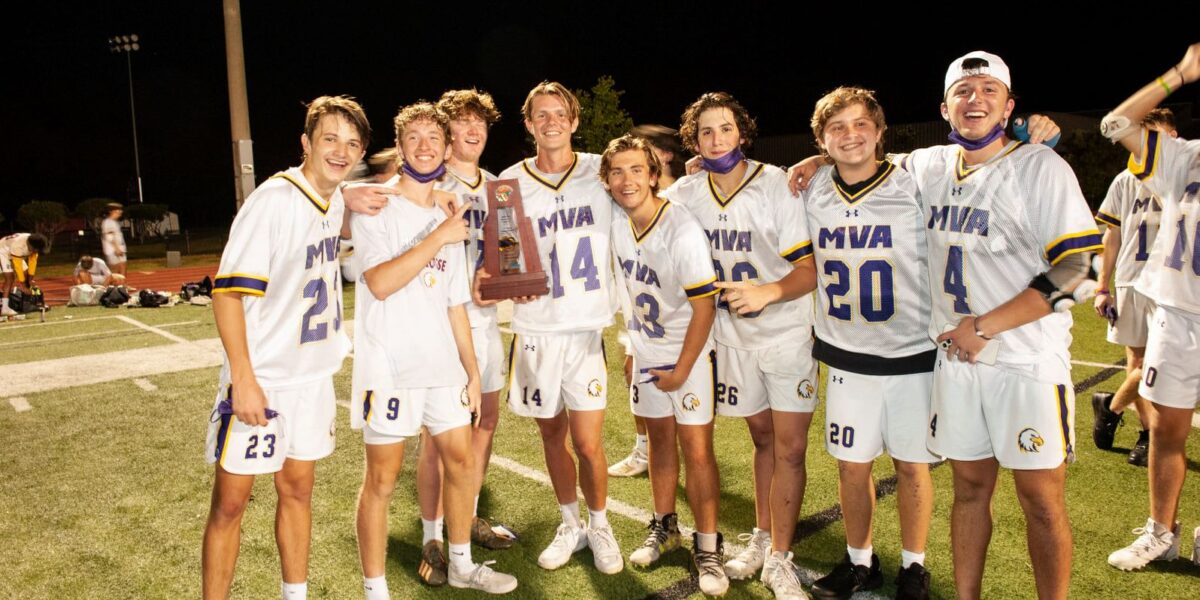 The MVA Eagles boys lacrosse team travelled to All Saints Academy in Winter Haven to take on the Saints for the District Championship. The Eagles opened up scoring with a goal at the 10:42 mark and never looked back as the Eagles went into halftime with a commanding 12-2 lead. The second half continued to be dominated by the Eagles, who enjoyed a solid, 19-3 win.

With the win, the Eagles not only produced their first District Championship title, but earned the opportunity to move on in the State series. Next up for the Eagles lacrosse team is Central Florida powerhouse Lake Highland Preparatory, who will be travelling to compete at MVA on Friday, April 23 in the Regional Semi-Final.

Congratulations to the MVA Eagles Boys Lacrosse Team on a well-deserved District Title! We look forward to seeing everyone come out and support the team on Friday in the Regional Semi-Finals game!