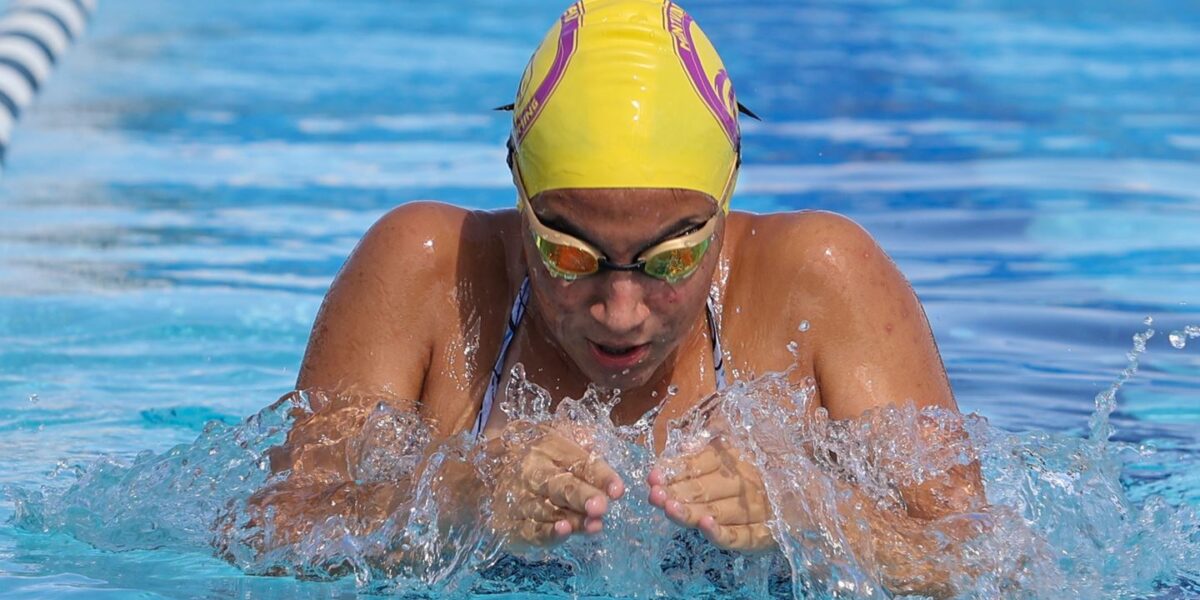 The 2020 Tokyo Olympics kick off Friday, July 23 with three student-athletes from Montverde Academy representing their countries.

Two alumni from our prestigious basketball program will be competing for their respective countries, while sophomore student Emily Santos will be swimming for Panama in her Olympic debut.

“It’s one of my biggest dreams,” said MVA sophomore Emily Santos. “I’m going to see a lot of swimmers I’ve been with for several years. I’m really just excited to see them, and experience all of this! Thank you so much MVA for supporting me.”

“She’s very proud to be representing her country, Panama, and I’m sure that this gave her a lot of motivation to work hard and compete,” said Montverde Aquatics Club Director Guillerhme Ferreira. “This was a very hard season for her with school, training and competition. She made this happen because she was very focused and really wanted it.”

“I want to say thank you very much to the MVA community, her teammates, coaches, and everybody else because our culture really makes a difference,” said Ferreira. “I’m very proud that we were able to create this environment to allow her to pursue her goal and achieve it!”

Precious Achiuwa (’19) will represent the Nigerian National Team. Achiuwa and his team are in for tough competition in Group B against Australia, Germany, and Italy. Achiuwa came to the Academy for his senior year in 2018-19, and led the team with an average of 14 points and 7.2 rebounds per game. Achiuwa was selected as a McDonald’s All-American that year, and led the with 22 points per game.

Patricio Garino (‘12) will also take the court for the Argentine National Team. Group C also includes Japan, Spain, and Slovenia. Garino was a crucial part of an MVA team that went 23-4 in his senior season. Garino then spent four years at George Washington University, leading them to the 2014 NCAA Tournament and the 2016 NIT Championship. He has played professionally since 2016, winning Liga ACB with Zalgiris Kaunas in 2020.

Also representing MVA proudly is Director of the Montverde Tennis Academy, Jaime Oncins, who is coaching the Brazilian tennis team in Tokyo. Oncins enjoyed a storied 30-year career as a professional, including two ATP Tour titles and five ATP doubles titles. He competed in two Olympic Games, Barcelona 1992 and Sydney 2000. In Barcelona, he earned quarter-finalist status by defeating No. 2 in the world Michael Chang.