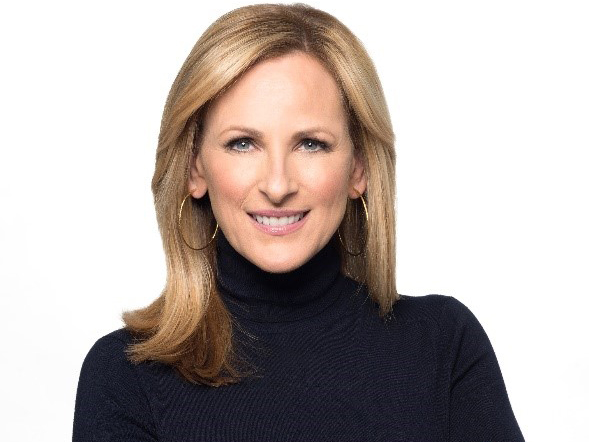 Marlee Matlin has an impressive career that spans more than 40 years of being in the spotlight. Born and raised in Morton Grove, Ill., Matlin suffered an illness permanently destroyed her hearing, making her legally deaf. She learned sign language, participated in programs with the Center for Deafness, which brought deaf and hearing kids together, and fell in love with acting.

She broke into acting as the lead in a stage production of “Children of a Lesser God.” When it was adapted into a movie, she reprised the roll of Sarah, a young deaf woman, who becomes involved with her speech teacher, to critical acclaim for her motion picture debut beside William Hurt in Paramount Pictures’ “Children of a Lesser God,” which earned the Academy Award and a Golden Globe for Best Actress in 1987.

Matlin has built an impressive list of television and film credits. She was nominated for four Emmy awards for her appearances on “Seinfeld,” “Picket Fences,” “The Practice,” and “Law and Order: SVU.” Never one to miss a challenge, she broke barriers again by starring on ABC’s, “Dancing with the Stars,” and returning to the stage after a 30-year hiatus on Broadway in the revival of the Tony Award-winning musical, “Spring Awakening.”

An advocate for the hearing-impaired community, in 2015 Matlin developed “Marlee Signs,” the ﬁrst celebrity-driven app teaching basics of American Sign Language on mobile devices. In 2016, she appeared in her third Super Bowl, signing the National Anthem alongside Grammy-winning artist, Lady Gaga. Matlin has also helped raise awareness for better hearing health for millions of deaf and hard of hearing children and adults in developing countries, in support of the Starkey Hearing Foundation, and she joined President Obama in celebrating the 20th anniversary of the Americans with Disabilities Act.

Michael English, multiple Dove and Grammy award-winning Christian music artist, will perform during the Baccalaureate ceremony. Former lead singer for the Gaither Vocal Band, helped popularize Southern gospel, Michael achieved successful solo and ensemble careers in the Southern gospel and Christian Contemporary Music genres. He has earned 20 Dove awards, including Artist of the Year in 1994; a Grammy; numerous Billboard Top Ten hits; and was inducted into the North Carolina Music Hall of Fame in 2011.

Performing during the Commencement ceremony is Ben Gulley, an award-winning operatic tenor and BMI songwriter/recording artist. His career includes lead roles in opera, solo engagements, concert work, film work, nationwide touring, and prestigious appearances abroad from Carnegie Hall to the Kauffman Center for the Performing Arts. He has earned numerous awards and been hailed “as an outstanding tenor − with a voice as seamless as simple speech − incredible” by Opera News. He has written and recorded his own original pop/R&B album “In Between.”

Phil Prescott, former Montverde Academy teacher, will deliver the Baccalaureate Address. An educator for his entire career, Prescott taught at a college, middle school, and high/upper school, and has served as a Protestant minister for 20 years. He earned his bachelor’s degree at Asbury College, a Master of Divinity at Asbury Theological Seminary, and graduate studies at the University of South Florida in Tampa, Fla. and South University in Savannah, Ga.

Also performing during Commencement is Voctave, a Central Florida 11-member a cappella group. With Walt Disney World entertainment roots, Voctave covers all genres from gospel to contemporary Christian, musical theater to barbershop, pop and more. The group has performed with Grammy, Dove and American Music Award recipients, ranked in the top 25 on Billboard Magazine’s charts and received more than 100 million video views on Facebook and YouTube. Voctave currently has four albums available digitally.