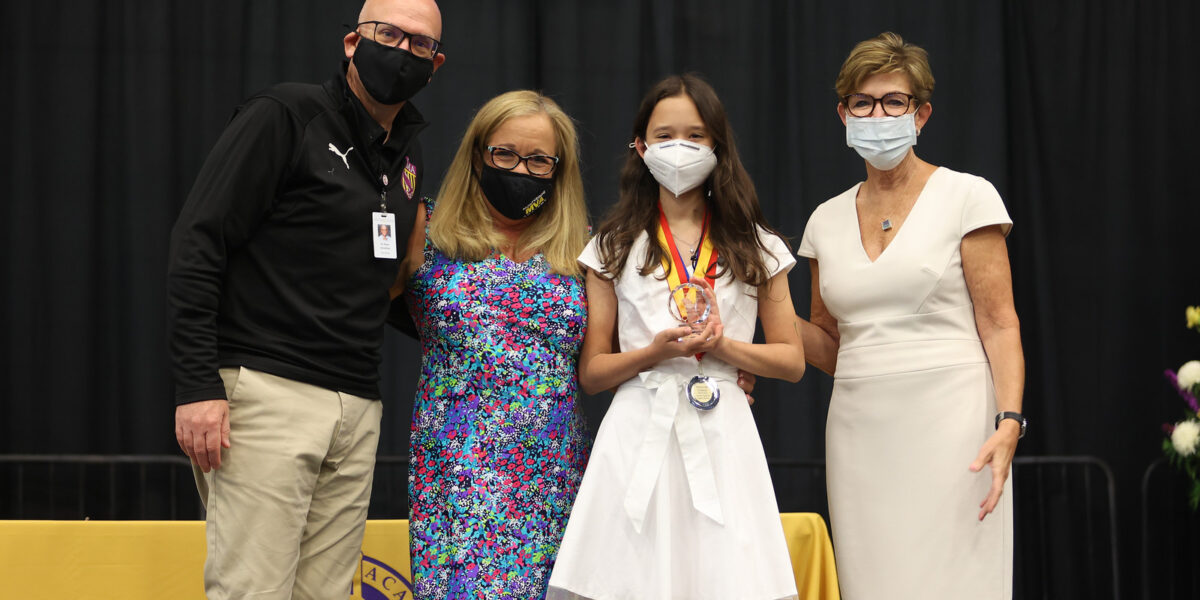 On May 17, the Lower School hosted their annual Honors Night in the EdgeCenter for Sportsmanship and Wellness (The Nest) to recognize students and faculty alike for their successes throughout the school year.

The Safety Patrol Award was earned by 25 students who proved a dedication to the rules and set an example for their peers.

The Dean’s Award was presented to two students who exemplified the highest levels of excellence in the areas of knowledge, character, and community. Congratulations to fourth-grade student Zoe Soplinski and fifth-grade student Madeline Hogan for earning this superb distinction.

With resounding excitement, the Lower School Teacher of the Year award was presented to fifth-grade teacher Mrs. Salisha Meder. Her passion for her students and educating young minds has made her a deserving winner.

To conclude the evening, the Lower School held their graduation. Mrs. Shirley and Mrs. Sinopoli’s Kindergarten classes walked across the stage as the first of many milestones for the Class of 2033. Mrs. Dougherty and Mrs. Meder’s fifth-grade classes wrapped up the night with their graduation as they prepare to head into Middle School.