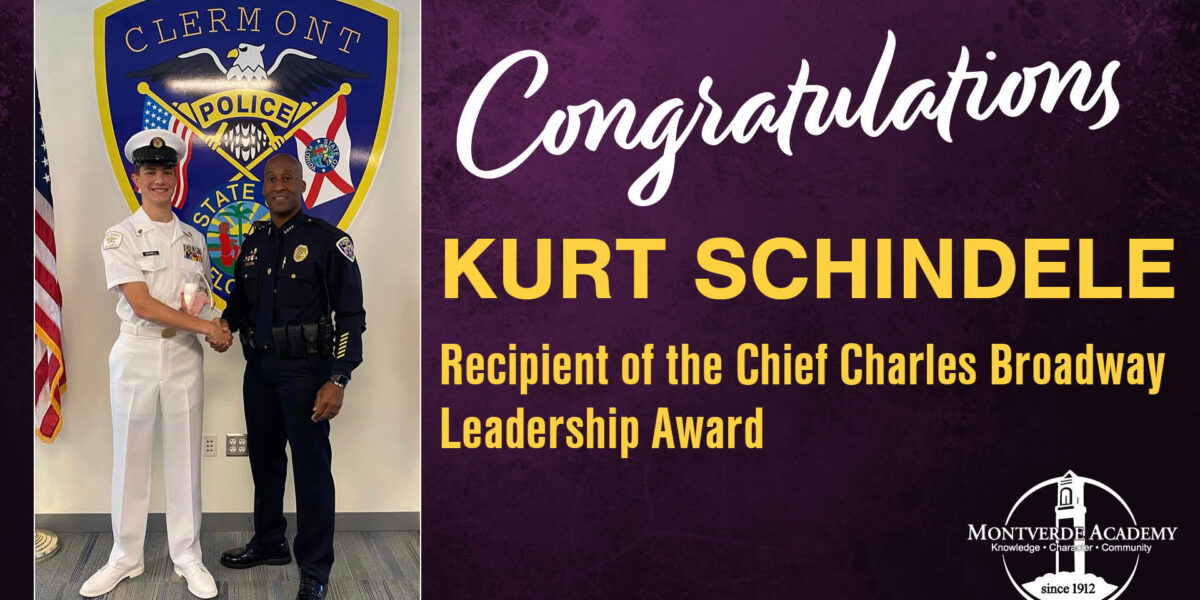 The recipient of this award must demonstrate characteristics in line with Clermont Chief Broadway’s ethics, drive for leadership, and the expectation of nothing less than the highest standards from his teammates.

Schindele has continued to see a forward trajectory with his work in the Clermont Battalion Sea Cadet Corps. He participated in his pinning ceremony to advance his title to Chief Petty Officer in the Naval Sea Cadet Program in January 2020 after holding the position of Lead Petty Officer in 2019. As a fifth-grade student at MVA, Schindele was promoted to LC2 while at the 29th Annual Navy SEAL Muster and Music Festival, held at the Navy Seal Museum of Fort Pierce, Florida, on the weekend of November 7-9, 2014.

Sponsored by the Navy League of the United States and supported by both the U.S. Navy and Coast Guard. Locally, the Clermont Battalion is sponsored by the City of Clermont Police Department.

Read more about the Clermont Battalion at https://www.clermontbattalion.com/?fbclid=IwAR1RJNj86VlzyAEl0tR1cP0ZvvfFzeuvWUuua1o-M6K8ybBTzHzd1NUDnbY