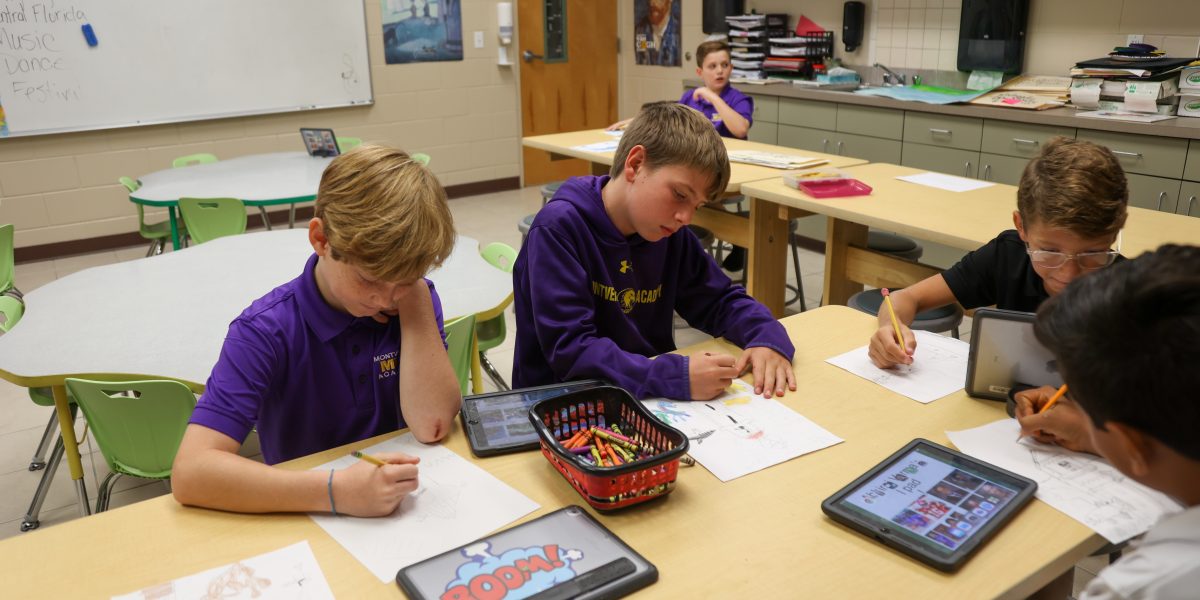 It’s time for the second annual yearbook cover art contest. Ms. Lori Pollock’s fifth grade art students have been working on their artwork to be entered into the Lower School yearbook contest. Students are allowed to use whatever medium they want, whether it’s acrylic paint, watercolors, markers, etc., and create a picture that follows this year’s yearbook theme: “Just Keep Swimming – Embrace the Journey.” They may interpret the theme any way they like.

Once everyone in fifth grade is finished, Ms. Pollock will take all of the artwork to Ms. Shackelford and Mr. Robinson, and they will choose anywhere from 10 to 20 pictures. From that group, the Lower School teachers will select a first-, second-, and third-place winner, which will be announced the following day. The first-place winner’s artwork will be featured on the front cover of the yearbook. In addition, the winning student will have a page inside the yearbook recognizing that their artwork is featured on the cover.

Ms. Pollock believes that the end result should be something that the student is proud of, and the only way they will be proud of what they did is if they put in the hard work. She first has them create a rough draft and then continually push themselves. “I try to get them to think outside the box,” Ms. Pollock said. “If the student wants to draw an eagle, I might say, ‘What about an eagle swimming?’ I try to help them take their idea to the next level and make sure they’re thinking about the whole picture.”

“The thing about art that most people get frightened by is it looks so complicated,” Ms. Pollock continued. “But it’s like anything else. It’s about breaking it down. Students should look for the things that are easy first and then build on it.” What she wants her students to do more than anything else is to believe in themselves.