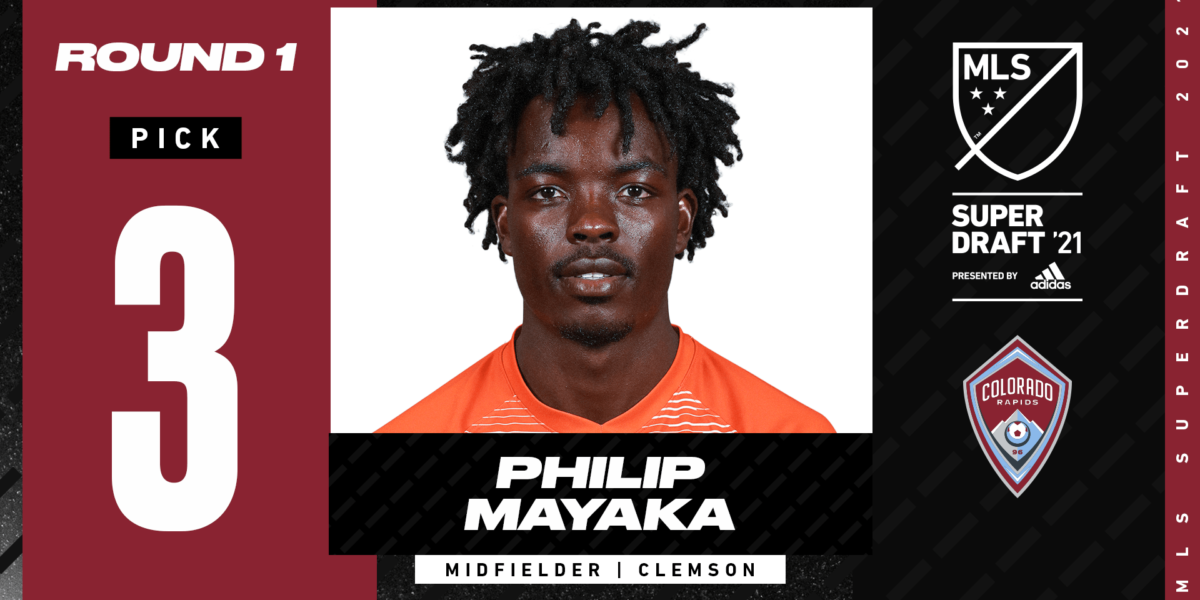 The Soccer Institute at Montverde Academy enjoyed a record-breaking day with the selection of four alumni players were selected in the MLS SuperDraft on January 21, 2021.

Philip Mayaka (’19), Clemson midfielder, was selected as the third overall pick by the Colorado Rapids. Mayaka will be joining Andre Shinyashiki (’15), SIMA alumus and 2019 MLS Rookie of the Year, in Colorado. It’s a long way from his home in the outskirts of Nairobi, Kenya, where he played soccer on a dusty, rock-strewn field – quite different from the manicured pitches he now plays on. Read more about his journey in this MLS Soccer article.

To round out the SIMA players being selected in the SuperDraft, the Columbus Crew nabbed both Justin Malou (’17), Clemson defender, as the 27th pick of the first round, and Joshua Jackson-Ketchup (’17), Ohio State defender, in the second round (52nd pick overall). Malou is a Kedougou, Senegal native who started in all 11 matches in his senior year and enjoyed a big win over Pitt for championship title in the ACC Tournament. Jackson-Ketchup, a Miami, Florida native, was a starting player nearly his entire collegiate player, earning accolades such as OSU Scholar Athlete and was once named Big Ten Offensive Player of the Week in 2017.

Congratulations to all these players and the SIMA program for a fantastic year! Click here to learn more about the Soccer Institute at Montverde Academy.