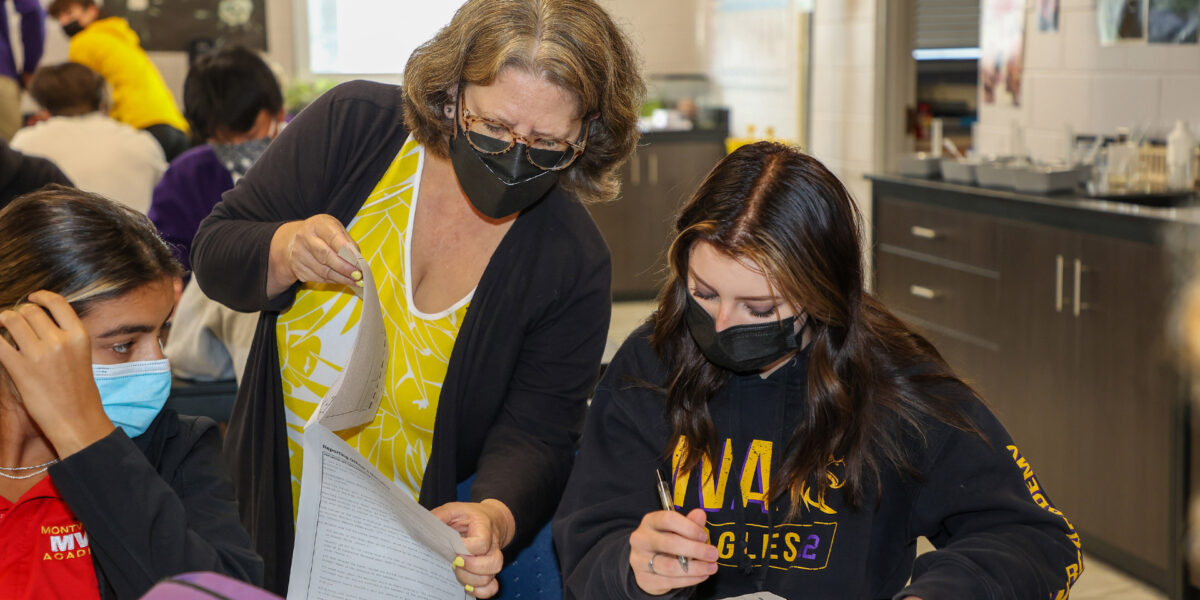 Forensic science students at MVA are taking a new approach to studying crime scenes and the evidence they produce. Instructor Mrs. Sarah Schlussel was inspired over the summer by the work of Frances Glessner Lee who was one of the founders of the field of forensic science.

Frances Glessner Lee built dollhouse scenes of unsolved crimes that were so detailed it allowed detectives to solve previously unsolved cases. Her dollhouse scenes, called “nutshells” are in the Smithsonian Museum in Washington D.C.

This inspiration led Mrs. Schlussel to create four dollhouse scenes of her own. She used fictitious crimes from a website called CrimeScene.com where they have created whole cases with all the documentation, witness interviews, and more to make scenes for four of the cases.

Her students will be receiving bits and pieces of information throughout the semester and will hopefully be able to solve the crime by the end of the term. Last week they were able to look at the police reports and sketch the crime scenes from the box. Throughout this class, they will be learning about blood typing, blood splatter analysis, crime scene analysis, how to evaluate witness statements, and more.