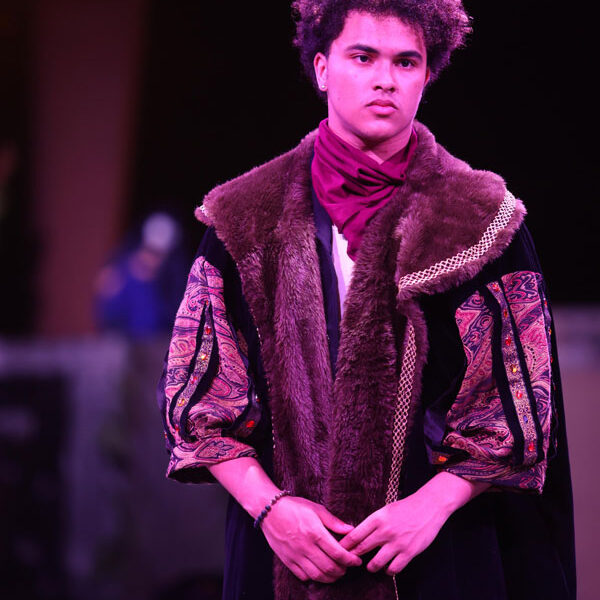 William Shakespeare, by most authorities, still stands as the most noteworthy playwright in history. Yet, producing his shows is not for the faint of heart; and producing them with high school actors can be even more challenging. Beyond the initial language barrier, breathing life into a several hundred-year-old work and making it relevant to our cast and audience takes a special troupe and director.

Fortunately, MVA’s Theatre Conservatory has both. Under the direction of Ms. Roberta Emerson, the actors presented a remarkably poignant and visually stunning production of “Macbeth” on March 11-13. Presented on our outdoor basketball pavilion, a transformation by Kathy Wiebe-LaPlante, Theatre Technical Director, and her tech students, into the Scottish moors and castle was required. Adding to the visual spectacle of the play, the actors performed their rendition in the round, with action taking place around the audience throughout the show. The audience was strategically spaced for social distancing and well attended, with 350 people witnessing the classic.

“We feel strongly, given that we are training actors seeking to do this as their professional livelihood,” said Mr. Dean Bell, Director of Arts. “Exposing students to the rigors of classics like Shakespeare, particularly under the strong direction we have here, gives student-actors an advantage to carry with them as they move past high school. We feel very fortunate that each year the interest in our Shakespeare productions seems to grow, and audiences are embracing ‘high’ theatre where perhaps they had not previously.”

“I found the entire experience incredibly rewarding,” said Lucas, who is a junior in Theatre Conservatory. “For me, playing the lead was an opportunity to develop a character in a totality that we don’t always have the time to delve into. I feel like I accomplished what I set out to, and experienced tremendous growth in undertaking the challenge.”

We look forward to another Shakespeare play next season. For even more Shakespeare action, this Spring’s musical, “Something Rotten,” is an entire parody of Shakespeare (and musicals in general). That production takes place April 21-25 – get your tickets HERE