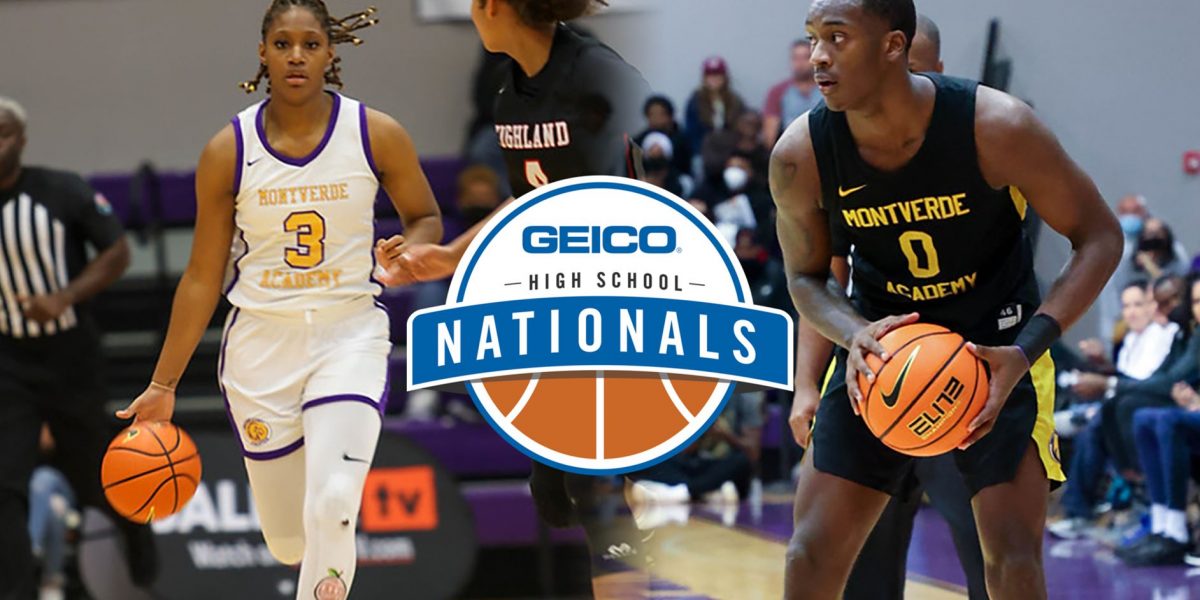 The GEICO High School National Championship tournament brackets have been released and both the boys’ and girls’ basketball teams have both qualified. Both teams have received the No. 3 seed for their respective tournaments which will take place from March 31 through April 2 at Suncoast Credit Union Arena in Fort Myers.

The Montverde Academy boys’, who are five-time winners of this tournament, including last season’s national championship, enter the tournament this season as the No. 3 seed and will face AZ Compass in the quarterfinal round on Thursday, March 31 at 2:00 pm. If the Eagles win that game, they will play on Friday, April 1 at 2:30 pm in the semifinal round against the winner between No. 2 IMG Academy and No. 7 seed La Lumiere (Ind.). Should MVA win its semifinal round game, the Eagles will play for its tournament record sixth championship on Saturday, April 2 at noon. The Eagles come into this tournament with a 20-4 overall record this season. MVA is also riding a season-ending six-game winning streak, including a trio of games at the Montverde Academy Invitational Tournament (MAIT) in late January.

On the girls’ side, the Eagles have reached the tournament for the first time in school history, after a 16-3 record this season. MVA earned the No. 3 seed and will play in the semifinal round against No. 2 DME Academy on Friday, April 1 at 10:30 am. If the Eagles win that game, they advance to the national championship game on Saturday, April 2 at 10:00 am against the winner between No. 1 seed New Hope (Md.) and their opponent (winner of the play-in game between No. 5 Bishop McNamara [Md.] and No. 4 IMG Academy.

Head to mvasports.com for more information on our Boys and Girls Basketball teams.