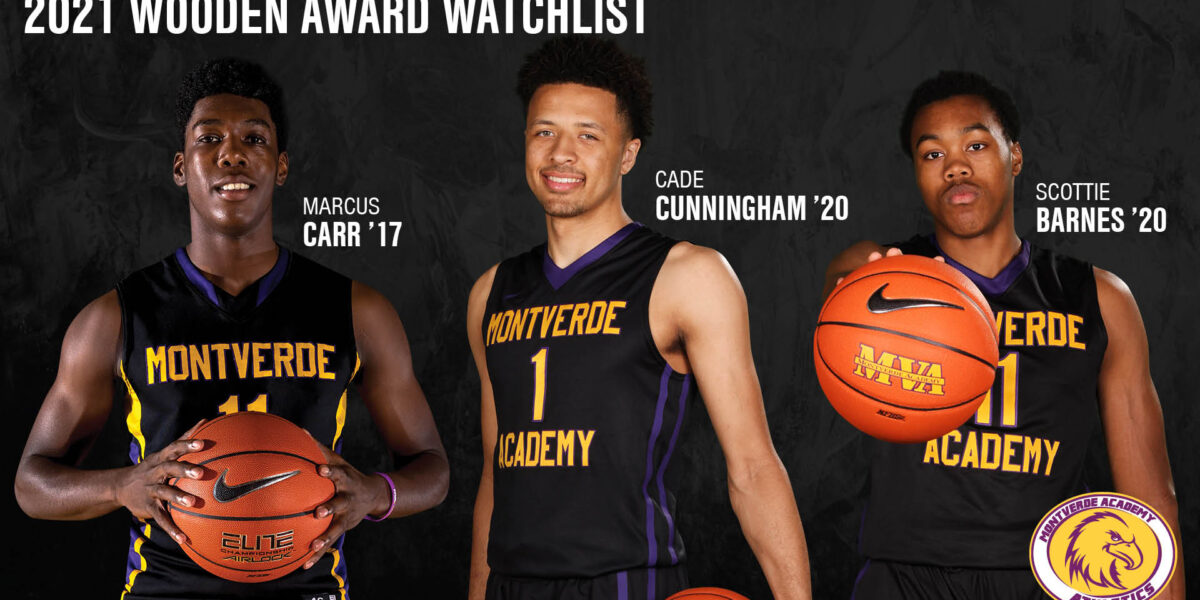 “We were really excited to see the Wooden Award announce four of our former guys in their preseason Top 50 Watch List this week,” said Kevin Boyle, MVA Boys Varsity Head Coach and CBD Director. “Cade Cunningham and Scottie Barnes represent two of the seven outstanding freshmen recognized on this list. It’s very unusual to have two college freshmen from the same high school team included on a list like this and both are projected high in the mock drafts for next year, so we’re really happy to see the success these talented young men continue to achieve.”

Also representing MVA are Marcus Carr, past boys varsity player, and MaCio Teague, a Center for Basketball Development graduate. “We’re equally thrilled for Marcus, who has been phenomenal at Minnesota in the past few years. Right now, he’s one of the top three scorers so far this season in college basketball. Then we have MaCio from our CBD program, who was a tough, very versatile player who has had a great run at Baylor, a team that is as good as anybody in the country right now.”