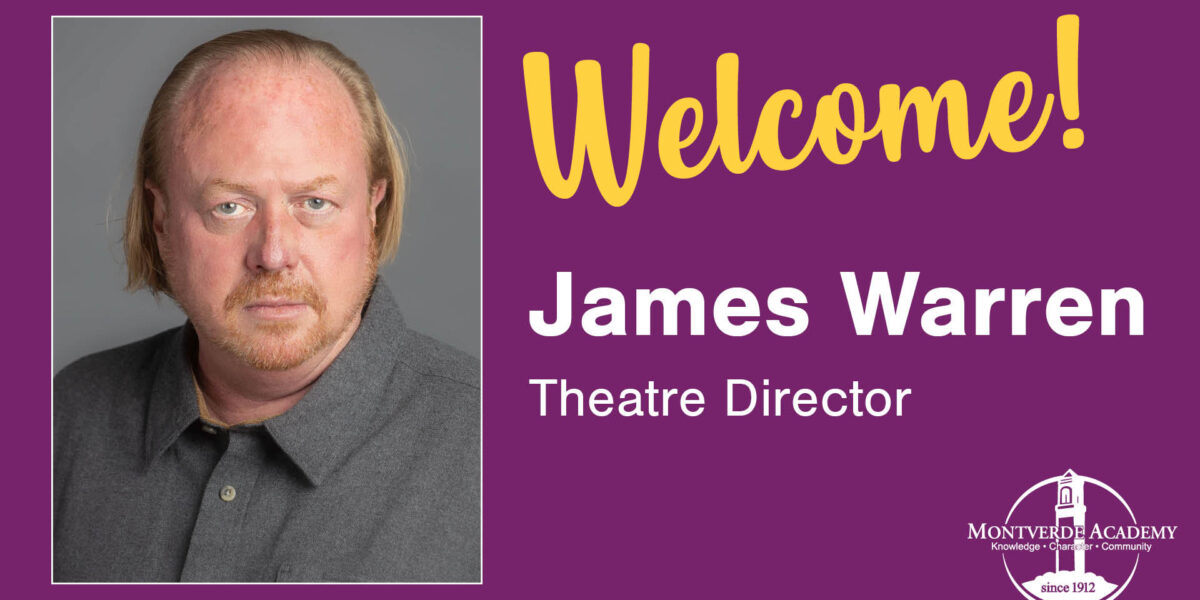 Montverde Academy is pleased to announce the hire of Mr. James Warren as the newest Theatre Director.

Mr. Warren received his Bachelor of Fine Arts in Theatre, with an emphasis in writing and directing, from the University Of South Florida. He has taught theatre for the past 32 years and has directed over 150 productions. Among those plays, 43 of them were self-written and produced for the stage, winning several awards, including 28 straight “Best Plays” and three “Mainstages” at Florida Thespians Festivals.

Mr. Warren has served on the Florida Thespians State Leadership Board for the past 29 years and continues to contribute as the Assistant State Director. In 2018, he was inducted into the Educational Theatre Association’s, parent organization of the International Thespian Society, National Theatre Educator Hall Of Fame.

“In searching for a replacement for our outgoing Director of Theatre, Roberta Emerson, it was important for us to find someone who has already demonstrated considerable success in the field, considered a leader in the theatre community, and possessing the attributes to take our program, already at its zenith, to even greater heights,” said Mr. Dean Bell, Director of Arts. “We feel we have done exactly that in the recruitment of James Warren to the Academy. We feel confident our students will not miss a beat in continuing the excellence they, and our patrons, have come to expect from MVA Theatre.”

“My goal remains the same as the day I began this journey: to create extraordinary theatrical experiences for the people on both sides of the curtain while telling the stories that matter to them,” said Mr. Warren.

Join us in welcoming him to the MVA family!